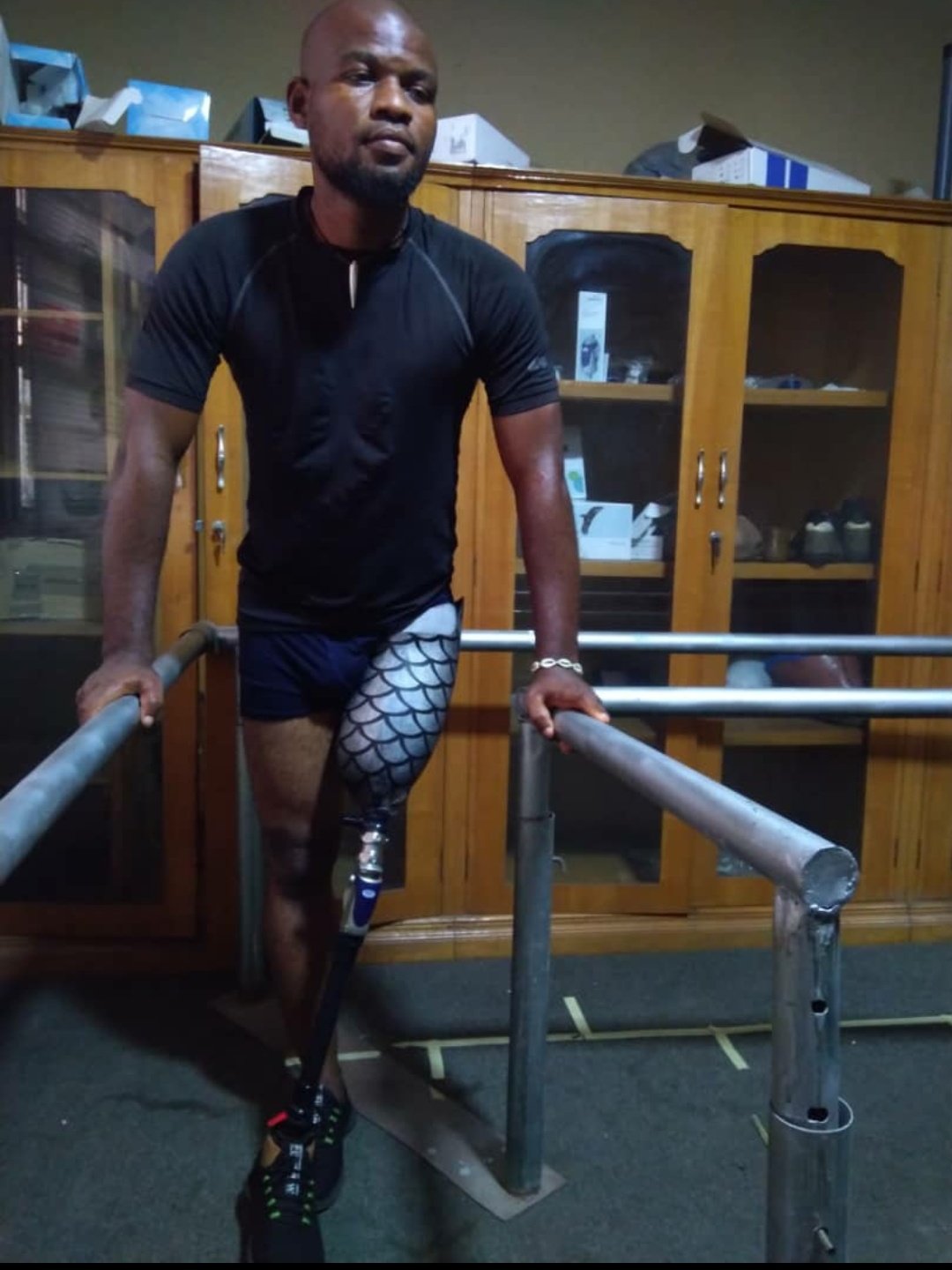 Nigerians have shown support to a physically challenged man by giving him money and providing him with a new prosthetic leg.

The man identified as Charles lost his prosthetic leg to police brutality. He was among those who protested against police brutality in October during #EndSARS demonstration.

Charles became known back in October, after photos of him joining End SARS protesters on the streets went viral.

He is said to have lost his first prosthetic leg to police brutality.

Nigerians had donated money to help him get a new prosthetic leg, alongside Jane who also received a new one a week ago.

The young man, in addition to getting the leg, will also be given N217,000 to rent an apartment because he has been living at the National Stadium. 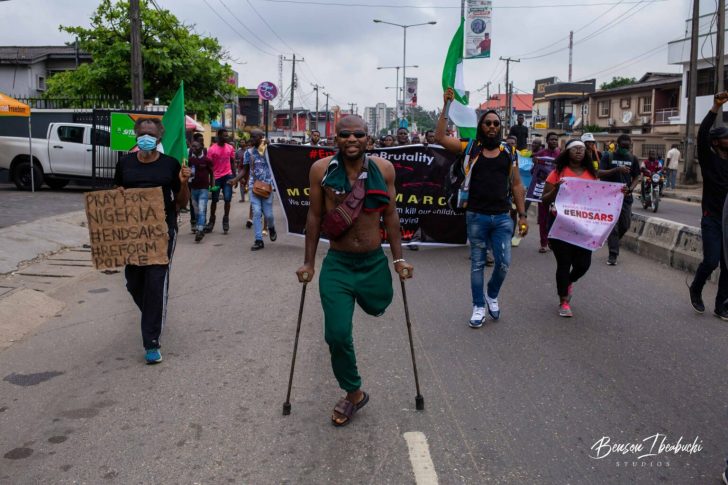 ”How it started. How it ended

”Charles lost his prosthetic leg to police brutality, today he has started gait training thanks to your donations.

He’ll also receive N217,000 to help him get an apartment as he lives in the National stadium