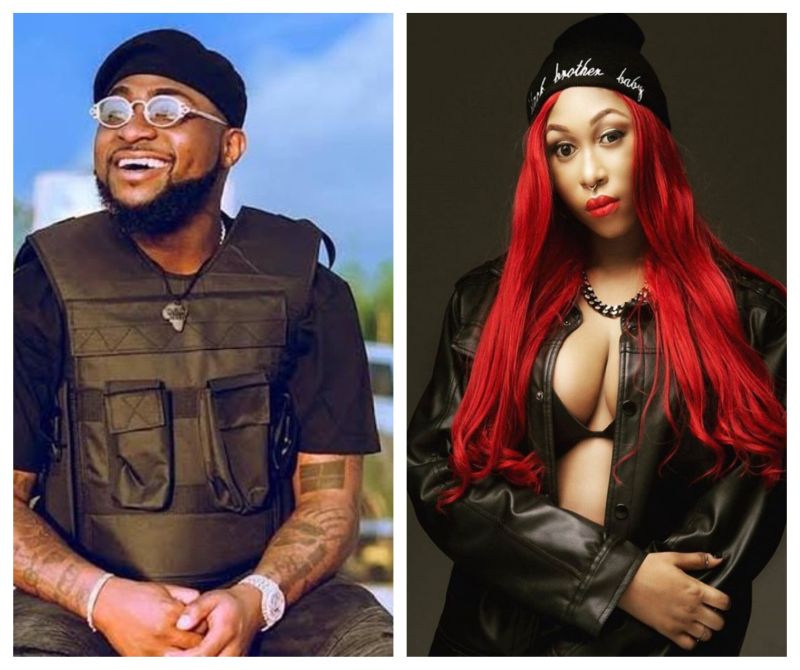 Nigerian dancehall singer, Cynthia Morgan has taken a swipe at DMW Record boss, Davido in her new post on Twitter.

Naijaloaded recalls that Morgan, in a recent interview, had called out the singer for reneging on his promise and ignoring her.

The rapper revealed that she had reached out to the singer after he promised to assist her but she is yet to a response from him.

Davido’s manager, Asa Asika reacted to the accusations, saying that Morgan is a ‘clout chaser’.

Although, Asika confirmed that she recorded her demo and sent it to them, he said that he personally did not like so they couldn’t release the song.

It is no news that Davido constantly gets taunted that he sings with a frog voice.

Taking to Twitter, Morgan dissed the singer as she noted that ‘frogulent’ should be a new word.

“Frogulent should be a new word,” she tweeted. 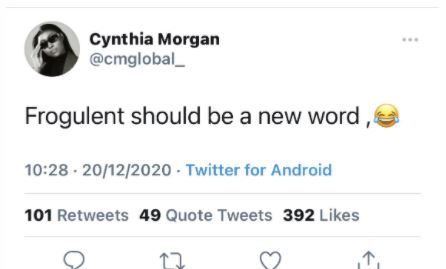