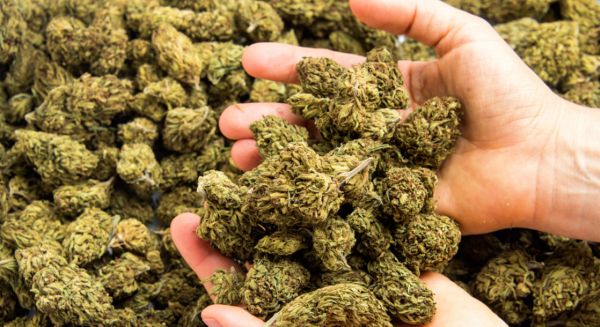 The United Nations Office on Drugs and Crime (UNODC) has distanced itself from news making the rounds that the organisation called for the decriminalization of cannabis (locally known as Igbo) in Nigeria.

UNODC said this on during its visit to Senate Committee on Drugs and Narcotics, Abuja, where it made a presentation at the public hearing on ‘The need to check the rising menace of pharmaceutical drugs abuse amongst youth in Nigeria’ on March 26, 2018’.

According to the United Nations Office’ of Outreach and Communications Officer, Mr Sylvester Atere, the news totally misquoted the UNODC views and warned that this could jeopardise its long-existing relationship with Nigeria.

He explained that, following an invitation by the Senate Committee on Drugs and Narcotics, UNODC made a presentation at the public hearing and reiterated the following recommendations contained in 2017 International Narcotics Control Board, INCB, report, where the Board urged all governments to:

(a) Gather data on the prevalence of drug-use disorders and the accessibility and utilisation of treatment;

(b) Invest in making treatment and rehabilitation evidence-based;

Atere stated that when being asked specifically on cannabis, he said,

According to several reports; The position of UN on the usage and abuse of drug was declared by Project Officer of the United Nations Office on Drugs and Crime in Nigeria, Harsheth Kaur Virk, in her presentation at a one day Public hearing on the need to check rising menace of Pharmaceutical drugs abuse among youth in Nigeria organised by the Senate Committee on Drugs, Narcotics and Health.