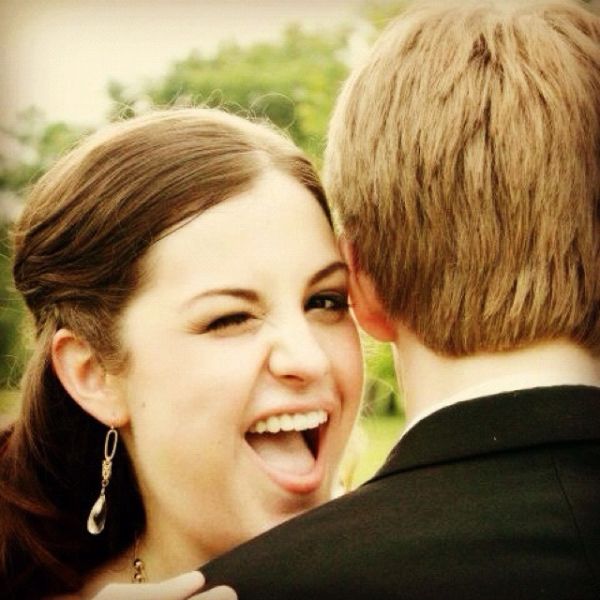 It is still subjective to know if men talk about women more when they are in a gathering, or ladies discuss men more while gisting.

Women are more blessed at expressing themselves, when they have a point to prove, or to exonerate themselves, even when they are guilty.

What makes women who are not attracted to marriage initially change their minds afterwards? If women are asked this question, they will give various answers.

Although, a good number of single ladies in their early 20s still see themselves as too young for marriage, but there are some of them, who wants to get married as quickly as possible.

Some of the reasons some single ladies do not want to waste time in getting married are highlighted below.

1. Tired of living with parents

It is not just a matured man who wants to leave his parents’ home and prefer to rent his own apartment, even if his father owns a mansion or an estate.

A matured single lady also wants to leave her parents and live elsewhere.

Ladies after finishing school, feel they can take care of themselves. They get tired of going on errands or doing house chores for their parents.

They believe if a man shows interest in them, then, marrying the man is an escape route from living with their parents.

Truly, having sufficient money, is highly important in living a life of ease, but sometimes, this is not so.

A working class lady, who lives alone in her own rented apartment, could start to feel something important is missing in her life after some time.

The natural feelings a woman gets when a man touches her or hugs her or caresses her, cannot be provided by her expensive water bed or her cozy bedroom.

It should not surprise anyone when some widows after mourning their deceased husbands for a few months, immediately marry another man.

3. Age is catching up fast/beauty is fading away

Nothing lasts forever. A lady who once told men she was not ready for marriage, while much younger, backtracks on this statement, when she knows, men are getting less fascinated at her.

Since she knows she is getting old, she starts thinking of clinging on to a man, by becoming a well behaved lady or more religious by attending church services/mosque programmes frequently, in order to deceive men she is a good wife material.

She becomes the first person to greet men and smile at them. This is something she never did, while she was still a sweet-16.

Women are very smart. They always want to have their way. But the truth about life is that a person will not have his or her way all the time.

Some women in Nigeria after visiting medical doctors, and are told marriage is the best solution to their health challenges, will desperately start looking for a man they will transfer their burden to his head.

There are many medical conditions which force some single ladies to vigorously opt for marriage.

No single lady can live comfortably among people who insult her, because she is not married. Even if she initially ignores such people, she may feel emotionally disturbed later on.

As women are emotionally more under-pressurised than men, thus, the woman may even be forced to marry a man which is not really her choice.

The Nigerian society itself, sometimes view single ladies, who are mature and ripe for marriage as unserious elements.

6. Almost all friends are married

Women are interesting creatures. The issue of societal class is more pronounced among women than among men.

A woman, who is still single, may be surprised to find out that, not all her former single friends, will continue to communicate with her as frequently, if many of them are married.

A working class lady does not want to have a jobless person as a friend. A woman, who has got kids, may find it difficult to befriend women who are still childless.

Therefore, a single lady will also find a way of belonging to the married women class, which most of her friends belong, by trying hard to settle down with a man.

Mothers especially, do not feel comfortable, when their daughters are getting old and haven’t brought home any suitor. Parents could ask their girl-child, why has no man come to their house, telling them he wants to marry her.

As mothers get older, their thought is always on having their own grandchildren. They want to back their grandchildren and sing lullaby. They feel proud, when they are called ‘grandma.’

Some men are heartless. They derive joy when they hurt a lady, by breaking her heart after long years of being together.

On the other hand, a lady who is a ‘player’ may have herself to blame for her broken relationship. Such a lady might have been with series of men, playing smart games on them.
When the men discover, they might disappoint her, by unexpectedly ending the relationship.

When she sees all the previous men are not forthcoming again, she starts her desperate search, for a man she will marry.

9. Socioeconomic status of man just met despite claim of being in a relationship

This is one of the most dangerous trends in the society presently, regarding man-woman relationship, as it is causing more problems, than providing solutions.

However, when they meet a wealthy man, they tell the man they are available for marriage. If the man does not find out the relationship status of such a lady, he could find out after marriage that the woman specifically agreed to marry him, because of his money, and that the woman had other men, before he married her.

The economic situation in the country sometimes pushes people to do what they are not prepared or ready to do.

A woman, who is jobless after five years of graduating, could think of marriage, as the best possible way out to save herself from her personal financial challenges